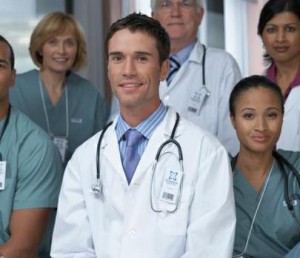 A paediatrician on a course I attended urged all the parents to get their babies fully vaccinated.  He said that since the Men C vaccine had been routinely administered he hadn’t seen a single case of Men C meningitis, having seen it regularly before the introduction of the vaccine.

Therefore on that basis is the Men C vaccine advisable?

There are some general principles that are useful to understand when assessing the value of vaccines that apply to all vaccines; if we apply those principles to this specific example hopefully we shall see how to deal with this and many other issues that arise:

Firstly, around the time meningitis C vaccine was introduced, 1999 in the UK, the incidence of Meningitis C was about 500 cases per year, (Meningitis Research Foundation) that’s only 1 case in every 130,000 people (across all ages). Your average GP has 2 to 3,000 patients and so it isn’t possible that a doctor would have seen Meningitis C ‘regularly’. A paediatric doctor (because they deal with children) will see even less than those numbers of meningitis patients, because many of those cases also include adults. It is likely that a doctor working in an intensive care unit may see proportionately more cases if they work in a specialist hospital dealing with meningitis. Nevertheless, because the numbers are so small, it is not possible to ‘see’ from a single doctor’s perspective what is really happening with vaccines.

Your paediatrician can only justify his claim, if he is talking colloquially, saying that the medical profession ‘sees’ very few cases now compared to the pre-vaccine era. But this can only be assessed through statistical analysis, not through an individual doctor’s perspective of patients that they ‘see’ and this is true of all vaccines. Your paediatrician is really talking from a consensus of what he is told, but like most doctors they often give the impression that they know from their experience. They are telling you what they believe; on a superficial level belief in their health policy advisors, on a deeper level belief in the medical paradigm, germs are the primary cause of disease, symptoms equal malfunction, and so on.

So in assessing vaccine effectiveness it is important to realise that we rely on the analysis of disease notifications from all over the country and as such it appears that meningitis C is on the decline since the introduction of the vaccine. However just as with other illnesses (see the first free introductory eBook – click here), numbers were declining prior to the introduction of vaccines and many illnesses (e.g. scarlet fever) declined without a vaccine ever being introduced. Similarly in the UK, meningitis B, as well as meningitis C, has also been on the decline BUT in the UK there isn’t a vaccine for meningitis B. Therefore we know that these illnesses fluctuate regardless of vaccines, so what would have been the natural decline of meningitis C without the vaccine? Some researchers do suggest that these declines may be due to reasons other than vaccines.

Meningococcal bacteria (N. meningitides) remained a major cause of bacterial meningitis, despite the fact that rates declined significantly between 1998 and 2007. Since the declines were similar among all major groups, (meningococcal B, C, Y, W) and since the vaccines (MCV4 and MPSV4) do not include the meningococcal B group, these declines most likely represent secular trends rather than a vaccine effect.

Additionally reports in 2004 showed that deaths in the UK due to meningococcal C hadn’t changed despite the fact that there were fewer cases, the following report to the UK press from a spokes-woman from the Meningitis Research Foundation in the UK illustrates the point:

Cases of meningitis and septicaemia have fallen from about 4,000 a year in the late 1990s to 2,446 last year following the introduction of a vaccine against meningitis C in November 1999. But in a bizarre twist the number of deaths rose last year by 17 per cent from 317 to 370 and is not far below the level before the vaccine was introduced.

It is also important to understand that an illness such as meningitis (which can occur with or without septicaemia) is known as an invasive infection and as with most illnesses; many different kinds of bacteria as well as other viruses and fungus are associated with these illnesses.

If somebody is vaccinated against one kind of bacteria but develops meningitis and/or septicaemia from another (bacteria, virus or fungus), then nothing has been solved, so it is important to assess the overall death rate due to invasive infections.

After many years we were able to see that in the case of paralytic poliomyelitis (polio being another example of an invasive infection) the polio vaccine was in fact replacing one kind of paralysis with another, (See our polio article – click here) and this has been more recently verified from studies of the polio vaccine program in India, you can see a short video clip below explaining the issue:

This is the major issue with vaccines; can a vaccine reduce your susceptibility to an illness rather than just change the associated bacteria, virus or fungus? If someone dies of meningococcal B rather than meningococcal C what have we solved? To demonstrate a reduction in cases of meningococcal C tells us very little with respect to the disease, which is, bacterial invasive illness affecting the brain and nervous system.

Why do invasive illnesses happen?

These questions are beginning to be asked in other areas of medical research. With regard to the hypothesis that HPV (human papilloma virus) causes cervical cancer Professor Deusberg and Norma Erickson ask the following questions and in their paper published in Molecular Cytogenetics (‘Individual karyotypes at the origins of cervical carcinomas’ McCormack et al – Molecular Cytogenetics 2013) they give some very revealing answers:

Why would only 1 in 10,000 HPV-infected women develop cervical cancer? Why would cervical cancers develop 20 to 50 years after HPV infection? … If HPV does not cause cancer then HPV vaccine is useless. If HPV vaccines are useless it is certainly not worth submitting yourself or your loved ones to the 2.3 to 2.5% risk (that is now 230 to 250 people in 10,000) of serious adverse reactions.

Invasive illnesses like meningococcal septicaemia and meningitis happen as a result of immune break-down in the individual, of which vaccines have been demonstrated to contribute. Part of the problem is in seeing illnesses as being due to isolated bacteria but recent studies show that interfering with individual types of bacteria that are part of the body’s normal bacterial eco-system shifts the balance form one form to another creating other illnesses. The results of the following study are being used to explain the side-effects of the pneumonia vaccine.

“The results of this study show that recognition of microbial products from one species may activate inflammatory responses that promote the clearance of another competing species. This study also demonstrates how manipulations such as antibiotics or vaccines, which are meant to diminish the presence of a single pathogen, (bacteria virus of fungus) may inadvertently alter the competitive interactions of complex microbial communities.”

By vaccinating we are sensitising the blood systems to foreign components that are normally not in the blood but naturally exist on our external membranes, vaccine producers cannot hope to eliminate bacteria from your membranes; bacteria, viruses and fungal cells are inherent and healthy components of our membranes (skin of gut, throat, lungs, urinary tracts etc). We clearly need to address the reasons why things that normally reside outside of the body invade the body, entering the blood, brain and nervous systems. There will always be elements on our body that can invade our internal systems once the natural barriers have been broken down.

With a sinking ship it is not possible to save the vessel by draining the oceans of water; you need to repair the ship’s barrier to the water, that is, repair the hull of the ship.

With the simplistic approach to disease; trying to zap isolated components with vaccines, essentially forcing components into the blood that shouldn’t be there, to provoke antibody responses – we are in fact increasing the risk of ‘sensitising’ the body to our environment (creating allergies, hay-fever, eczema, asthma, food allergies etc), breaking down the membranes (creating chronic inflammatory membranes – inflammatory bowel disease, leaky gut, Crohn’s etc) which leads to all kinds of invasive consequences; septicaemia, meningitis, encephalitis, paralysis, and chronic neurological diseases affecting brain and nervous system function, all of which are massively increasing.

In addition there are other vaccine side-effects that we have not gone into, so yes a vaccine may result in a reduced reported incidence of an illness associated with a particular bacteria (or virus) BUT has the disease susceptibility changed or has it actually been made worse?

To understand these issues we need the biochemical detail but we also need the overview, drug companies are focussed on narrow details but have lost sight of the bigger picture, doctors are pawns to the business of big pharma. We are left having to read between the lines, more definitive answers can be obtained by comparing vaccinated with unvaccinated but pharmaceutical companies and health authorities rarely do them.

Vaccines: This Book Could Remove Your Fear of Childhood Illness